TRUE GOLD™, the new standard in sustainable and ethical jewelry from TOBY POMEROY.

TRUE GOLD™ metals take ethical sourcing to the next level and enhance the lives of the people and communities that comprise the jewelry supply chain. TRUE GOLD™ jewelry uses completely traceable gold, platinum, diamonds and gemstones, offering authenticity from mine to market. When you purchase source-traceable TRUE GOLD™, you are supporting socially and environmentally responsible and ethical mining practices, conflict-free diamonds and colored stones and community empowerment. TRUE GOLD™ is available in our bridal line and in select Eclipse fashion pieces. When you wear TOBY POMEROY and TRUE GOLD™, you support the empowerment of artisanal and small-scale mining communities and a revolutionary change in transparent, responsible fine jewelry sourcing.

TOBY POMEROY will continue to search for and use the most ethical, environmentally friendly, and empowering sources of minerals to include in our TRUE GOLD™ jewelry collections.

At TOBY POMEROY, exquisite beauty and solid craftsmanship are of utmost importance. Equally important to us is the stewardship of our planet and its people. Just as we take great care in crafting of the planet’s most precious materials, we go to great lengths to ensure that our procurement of these resources is one of as little negative impact as possible. To forgo this responsibility would taint on the legacy of these precious items, as true gifts from the earth.

The jewelry industry has an unfortunate history of destructive mining practices for both metals and gems and are among the worst environmental polluters on the planet today. In addition, the mining industry has had widespread instances human rights abuses including murder, rape and slavery. We at TOBY POMEROY are committed to the jewelry industry reversing these practices, to a world where jewelry, from mine to market, benefits the environment and everyone that touches it. Today, we are proud to be among the first jewelry design studios in the United States to partner with the Alliance for Responsible Mining in offering the world’s first Fairmined gold in our jewelry. This breakthrough represents a gigantic step towards social and environmental responsibility, authenticity, transparency and traceability in the jewelry industry.

Our search for ethical and responsible sources for these precious materials has been challenging and our work is far from over. But through it, we have been blessed to meet and work with visionary miners around the globe and to see such incredible things made possible for the future of ethical jewelry. We invite you to listen to our story, and to join us in our mission to make possible a future where the exquisite beauty of fine jewelry and stewardship of our planet exist together in perfect harmony.

While fly fishing for steelhead in my favorite Oregon coastal river, a thought warmed me: Why not ask my refiner to purify previously used scrap gold and silver separately from newly mined metals then create my jewelry from these reclaimed metals, giving my clients ethically sourced gold and silver?

I called Torry Hoover of Hoover & Strong refiners and, after a couple of days of deliberation, he accepted my request. With this simple pact of co-operation, reclaimed gold and silver had become a reality!

My intention was to give designers, manufacturers and retailers reclaimed EcoGold and EcoSilver that they could feel good about and be proud of and, most importantly, put pressure on the mining industry, sending them a message that the world cares and is watching how they’re treating the planet and its people.

Reclaimed metals were certainly a step in the right direction, but at some level I knew they were not the ultimate solution to the larger issues we in the jewelry industry had to face. My sights were still set upon responsible mining: it had to become a bigger part of the equation for jewelers, and ultimately, all of those who love and appreciate fine jewelry. Responsible mining needed to be sought out as a solution, and promoted and supported wherever it already existed.

In 2007 I co-sponsored the Madison Dialogue, along with AngloGold Ashanti, BHP Billiton, Ben Bridge Jeweler, Cartier, De Beers Group, Hoover & Strong, Newmont, Rio Tinto, Tiffany & Co. a two day gathering in which responsible mining practices were discussed among jewelry professionals and miners from Peru, Colombia and Sierra Leone, focusing on the development of a third-party assurance for ethical or Fairtrade metals and addressing many of the challenges facing artisanal and small-scale miners.

In 2008 I visited a sustainable gold mine in the Yukon Territory. Jon Rudolph and Mammoth Tusk Gold had established a transparent chain of custody accompanying the gold that came from the environmental award-winning Ross Mine, a placer mine on Dominion creek.

Following exemplary environmental and social standards, MTG was third-party certified as sustainable by the Canadian & Yukon governments and the First Nation tribes in the territory.

I was excited to offer to my customers the world’s first authentically lustrous, traceable, and ethical gold.   But before our first gold shipment arrived, Mammoth Tusk suspended operations due to financial woes brought on by the global economic downturn. 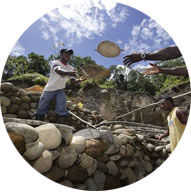 Artisinal Metals Mining: The first of its kind

I then learned of a group in Colombia, South America who were mining cleanly, responsibly and in the same style as their ancestors. I established contact with the people behind a program called Oro Verde (Spanish for Green Gold), the first program of its kind in the world. Oro Verde sought to reverse the devastating damages caused to the Chocó bioregion in Colombia, a rainforest that is one of the world’s biodiversity hotspots, by out-of-control large scale mining. Oro Verde promotes compliance with 10 environmental and social criteria among traditional gold and platinum mining communities.

Oro Verde gold and platinum from the Chocó Bioregion are mined by Afro-Colombian families, descendants of the Conquistadors’ gold mining slaves, who have collectively owned the land for generations. While it is certainly more efficient in the short run to harvest gold using chemicals and heavy mining equipment, these communities have chosen to mine naturally because they cherish the land; they’re mining what is for them their ancestral home.

TOBY POMEROY has chosen to pay a premium to empower those communities who are willing to take the time, care and spend the money to mine responsibly, providing ethically-sourced gold, silver and platinum. We are proud to use responsibly mined gold and platinum to create our jewelry. As of January 2015, due to regional conflicts with paramilitary and illegal mining groups, Oro Verde no longer is Fairmined certified but is still mining responsibly. 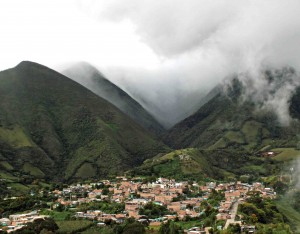 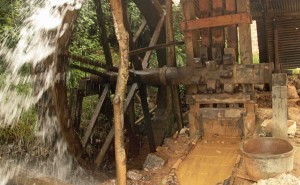 La Llanada GoldIn 2014 I learned of a beautiful and inspiring mining community high in a pristine cloud forest of the Colombian Andes. The La Llanada miners      are a proud and visionary community, demonstrating that gold can be mined in harmony with mankind and the natural environment.

La Llanada gold is mined in hard rock shafts, the ore is crushed recovered by gravimetric separation, using no cyanide or mercury and the miners achieved Fairmined Ecological certification in early 2015.  TOBY POMEROY was among the first jewelers to purchase their gold. 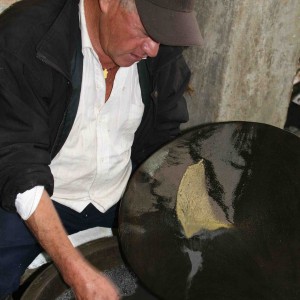